Each tree sustains a generation 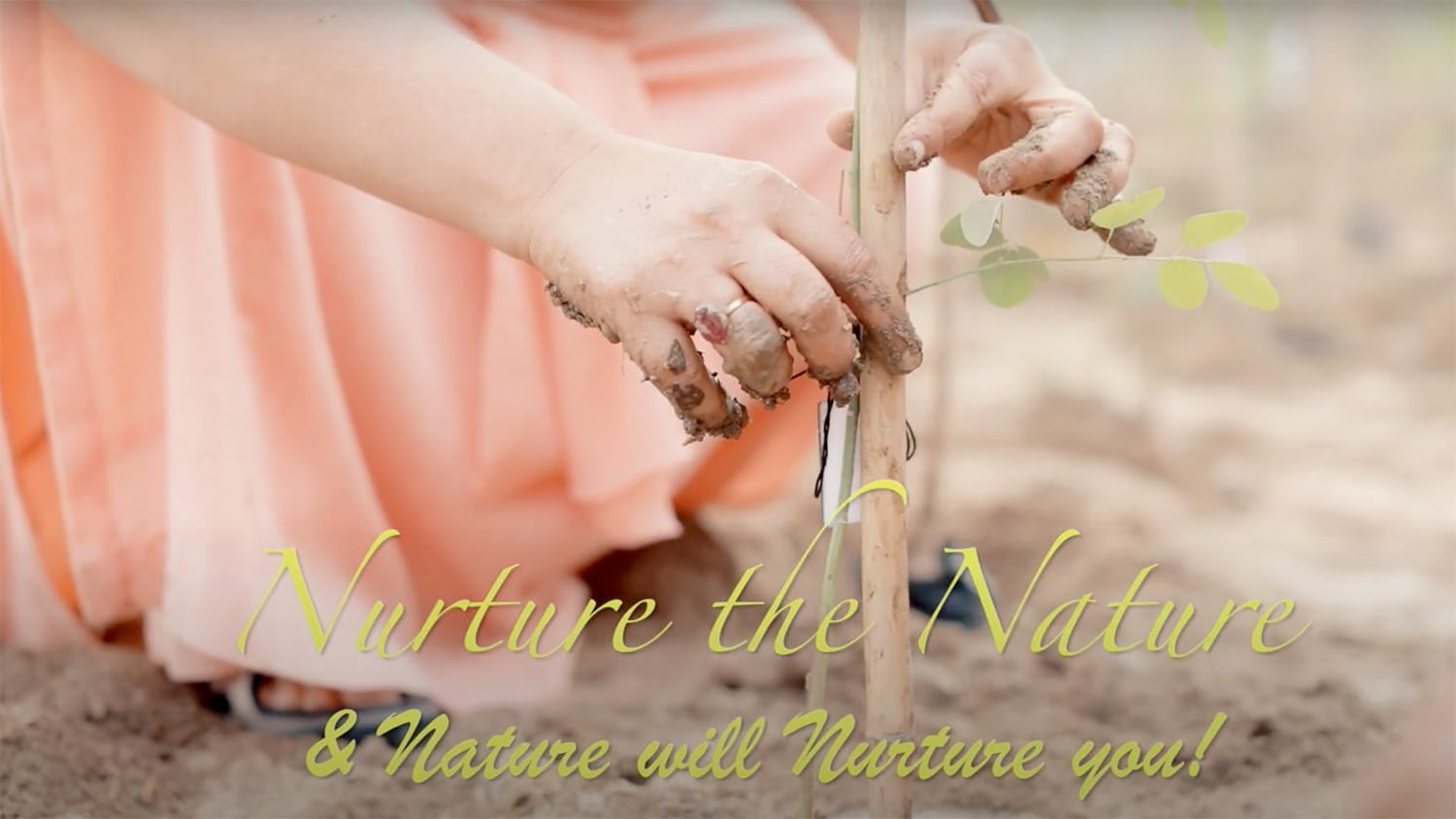 Be a part of Master's endeavor to infuse life back into our Mother Earth. In this pursuit of sustainance, we all have a role to play.

Deteriorating climatic conditions world wide is currently a pressing topic and rightly so! The soaring temperatures world over along-with alarming droughts is no less than a nightmare. The initiative that we at Rishi Chaitanya Ashram have undertaken might seem like an obvious choice but there really isn’t a better solution than tree plantation to challenge the distressing situation we are all facing.
Under the guidance of Revered Master Anandmurti Gurumaa, we have taken up an initiative to try and recover the lost green cover using the Miyawaki method of tree plantation following the tenets of the Japanese botanist. In about 100 square feet area in the premises of the ashram about 300 saplings of varying shrubs and trees have been planted with an intention to foster our very own self-sustaining mini forest.
The idea behind this method is simply making use of ‘healthy competition’ to enhance faster growth. When humans are put together in a challenge, each sets out to do his very best and performs better than he would have in the absence of such competition. Likewise, the saplings are all planted so close to each other that they will start to compete with one another for space, light and water encouraging a much rapid and denser growth. The target is to see a whole grown jungle within a span of just 3 years.
The initiative has had a far-reaching effect where individuals and families, as encouraged by the Master, have followed the footsteps and have planted trees using the same technique in the smaller spaces of their gardens and backyards. We aim to promote natural vegetation on lands otherwise considered barren. The added advantage is that more number of trees can be planted in smaller spaces and with minimum maintenance, so nearly anyone and everyone can join us on this project to ensure a better living for generations to come. The impact of even the very small forests  around your homes and local communities is bound to be significantly paramount in brining about a change.
We are adamant in bringing back that which is lost, lands that were declared ‘unproductive’ to now imagining them as a forest, we are dedicated to making this possible and doing our bit; how about you?