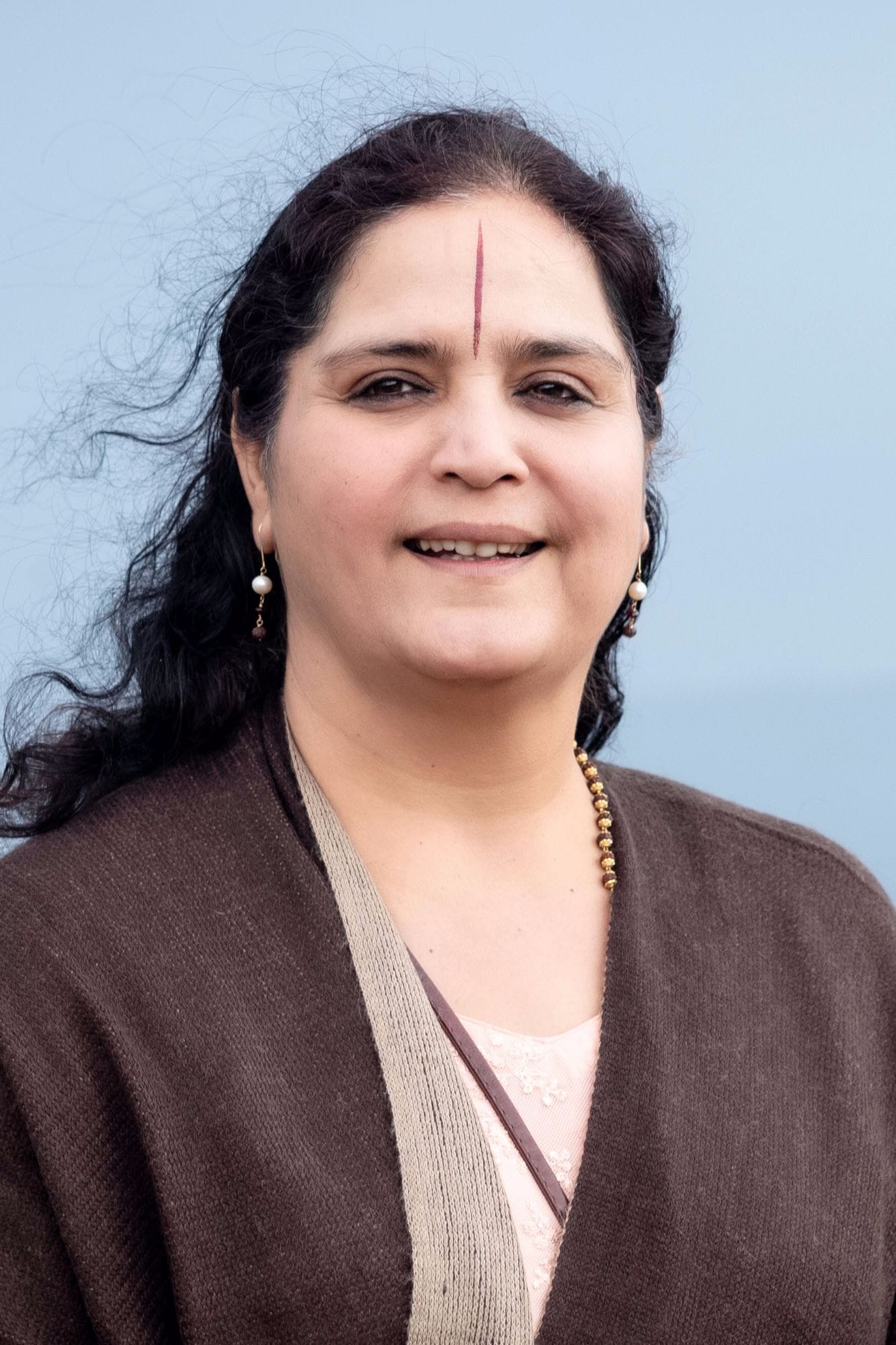 This planet of ours is inhabited by billions of humans. And they are distinguished from each other based on their race, nationality, ethnicity, religion, gender, physical features and so on. But in essence, there are only two kinds of people: Those who know the truth and those who don’t. All other distinctions are arbitrary and pointless.
The truth of who we are, the truth of who God is, the truth of what this world is. The ones who know this truth experientially are called enlightened and those who don’t, are un-enlightened or ignorant. There is no third category of human beings.  And so arduous is the odyssey of truth, that it is indeed serendipity to meet an enlightened being in one’s life time.

One such personified rare pearl of wisdom is the self-realised master, Anandmurti Gurumaa. A mystic, yet uber contemporary. She can be described as both, a modern-day sage and an avant-garde metaphysicist. Born with an exceptionally endowed mind, even as a child she was keen on exploring the fundamental nature of reality. Besieged by existential questions, she embarked upon an inner voyage which propitiously culminated in the desired objective of self-realisation.
Having consummately accomplished the raison dˊêtre of human existence, this compassionate master generously shares her knowledge, her experiences with the masses in order to awaken the latent potential inherent in each and every human being. The potential to transcend the limited confines of the mind and taste the liberating freedom of self-realisation; to do away with sorrow by uncovering the ocean of bliss lying within, to realise that it is ignorance of the ultimate reality which is the root cause of all human suffering.
This profound compassion for all sentient beings is the simple driving force that takes her from one place to another, from one continent to another holding meditation retreats, giving erudite discourses, encouraging self-enquiry, and inspiring especially the youth to an evolved way of living. 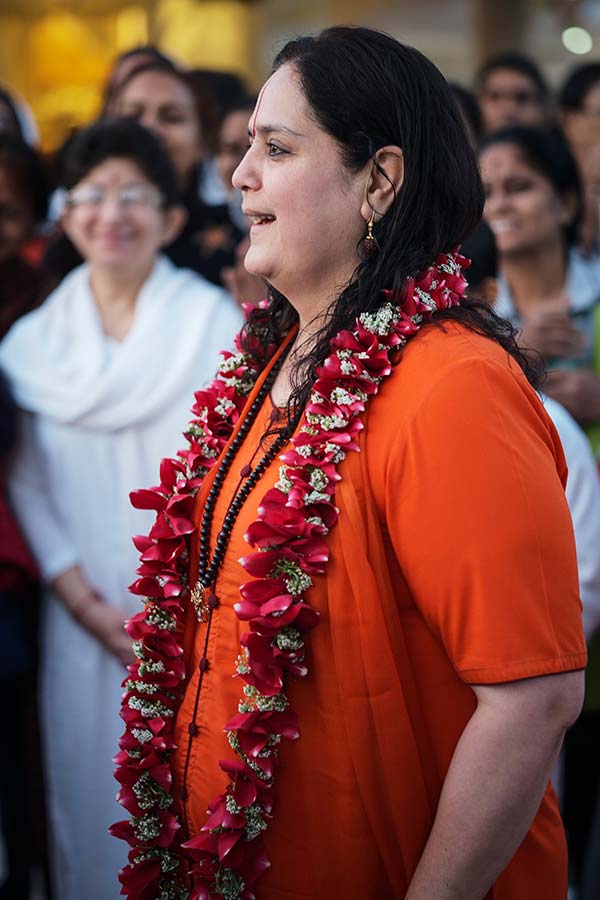 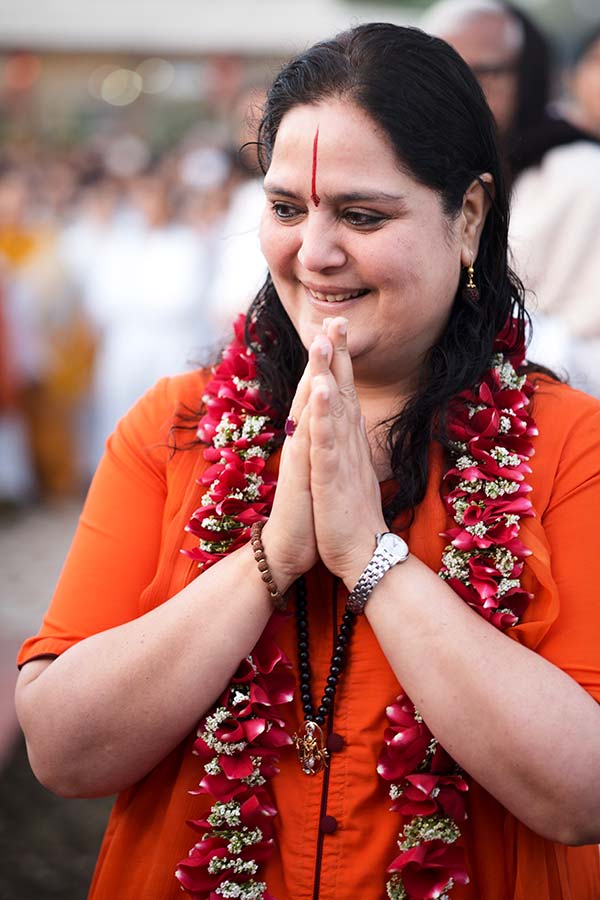 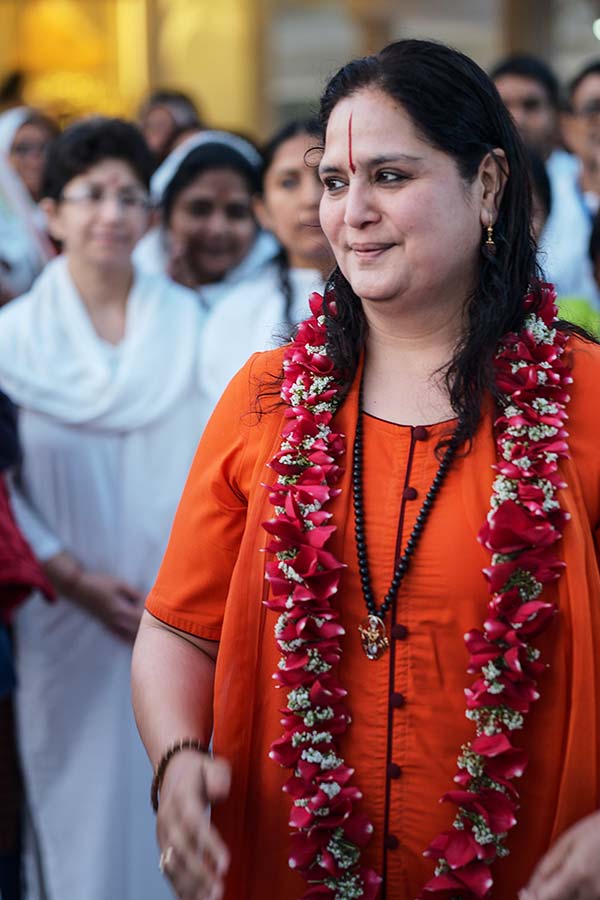 What makes Gurumaa’s teachings credible and palatable is the fact that she has awakened to the higher reality and hence not only talks but also walks the talk. Moreover, she is completely secular with no allegiance to any one particular religion or sect. Theists, atheists, agnostics – all are welcomed with a warm open heart. Search of the truth is her only religion. And being a complete rationalist, unsurprisingly, she is totally against blind faith.
Encouraging earnest rational enquiry, one of her favourite dictums is: ‘Be an explorer, not a blind believer’.
This liberal-minded enlightened being carries the beacon of refined wisdom with the intention of spreading self-illuminating knowledge.

Besides her perspicacious astute intelligence, the master is known for her extraordinary creative flair. This is amply reflected in the vast compilation of multifarious literary and musical compositions and diverse meditation aids that are aimed at reaching out to folk all over the world. Her teachings are profound yet pragmatic and thus are a great source of inspiration and guidance to people from all walks of life.
This sophic master has given highly erudite commentaries on a plethora of ancient scriptures like the Bhagwad Gita, Sri Guru Gita, Gurbani and various Upanishads whilst also giving great insights into the lives of glorious masters like Buddha, Sikh Gurus, Kabir, Meerabai, Sahjobai, Rumi, Zen masters to name but a few. There is no dearth of literature on spirituality in this world. But dead books can give you knowledge, not wisdom, says Gurumaa. A living master is essential to guide you individually according to your temperament and capabilities. 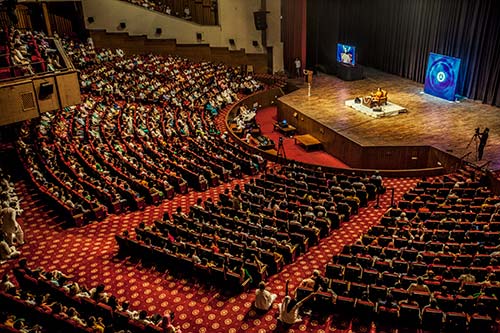 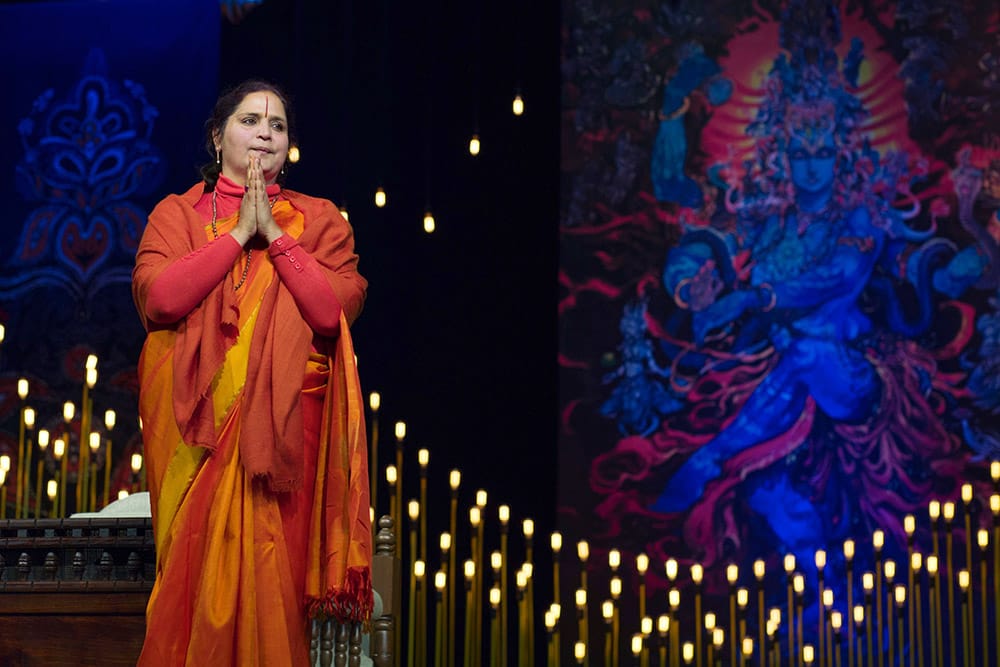 Besides expounding upon esoteric stuff from the spiritual realm, she has also spoken extensively on topics pertaining to day to day problems and issues encountered in these stressful modern times. Thus, her in-depth talks on the mind, emotions, stress, health, sensory indulgence and so on are especially relevant in this day and age. All this material has been compiled for posterity and is readily available as books in various languages, CDs, MP3s and DVDs. And there is a specifically dedicated app called Amrit Varsha which enables followers to be connected with ashram activities at all times.
By putting across profound concepts in simple, lucid language liberally laced with anecdotes that everyone can relate to, the charismatic master manages to make solemn subjects both intriguing yet intellectually accessible to laymen.

An embodiment of benefaction, the master is also a passionate humanitarian, regularly taking initiatives to lend a compassionate hand to suffering brethren hit by calamities like floods, drought, earthquakes and such like. Mission Shakti is another prominent movement spearheaded by this master. It is a non-political and non-sectarian organisation that aims at empowering deprived and underprivileged girls by imparting education and life skills which allow them to lead a life of financial independence with dignity.

What can be greater than pure, unadulterated liberation; what can be bigger than the attainment of the ultimate truth; what can be higher than arriving at the destination of eternal bliss. An alchemist of the highest order, this humanitarian master ceaselessly endeavours and works tirelessly transforming ordinary lives into extraordinary realms of unfettered liberation.