Rishi Chaitanya Trust pledged to reconstruct houses for suffering brethren and in the process, rebuild lives, construct hopes and bring smiles back amidst the tears 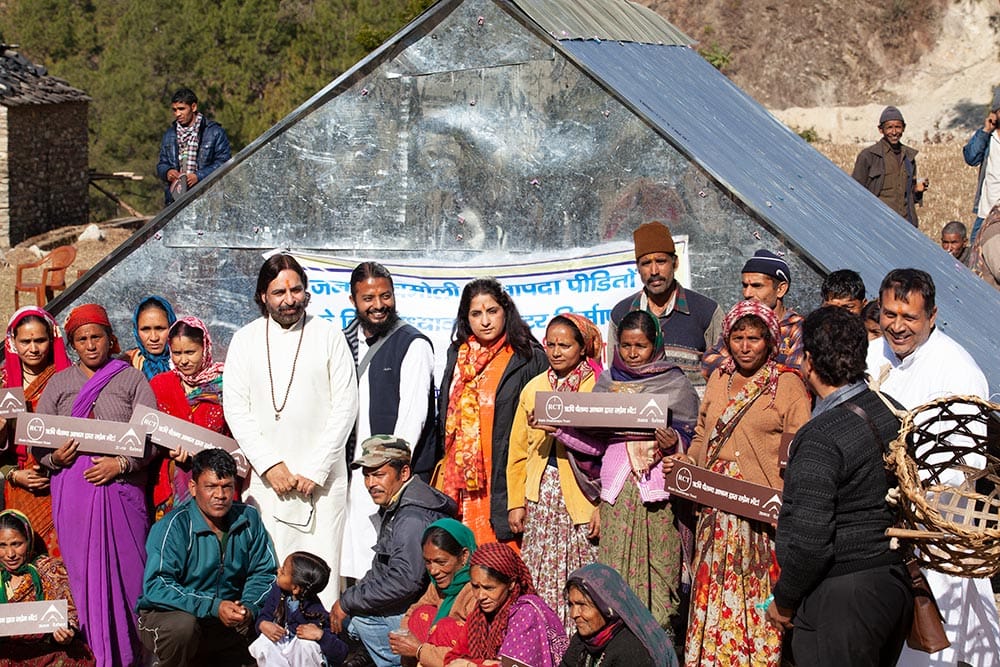 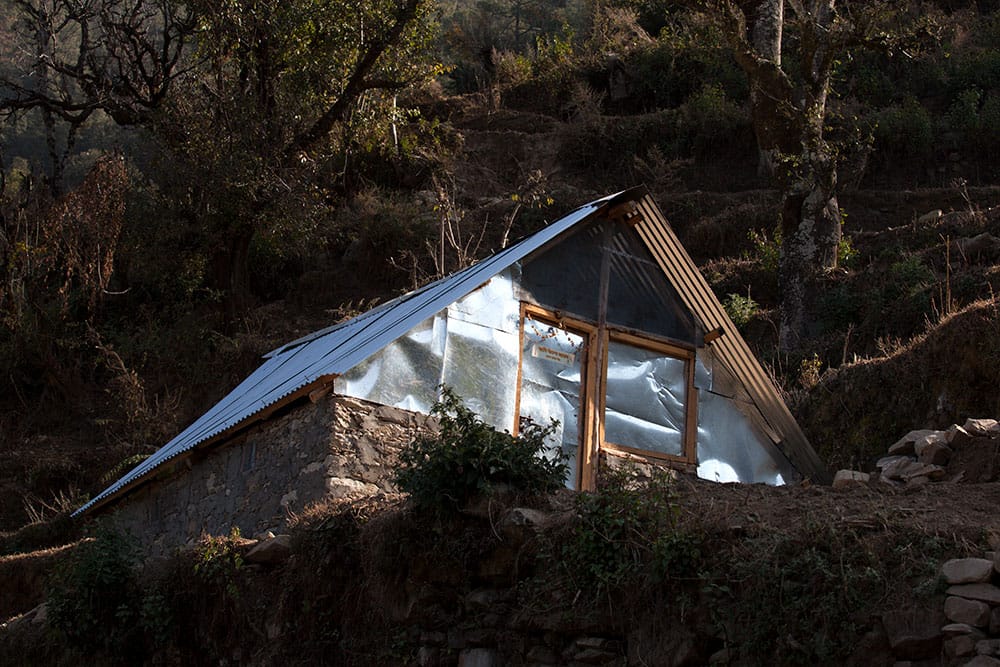 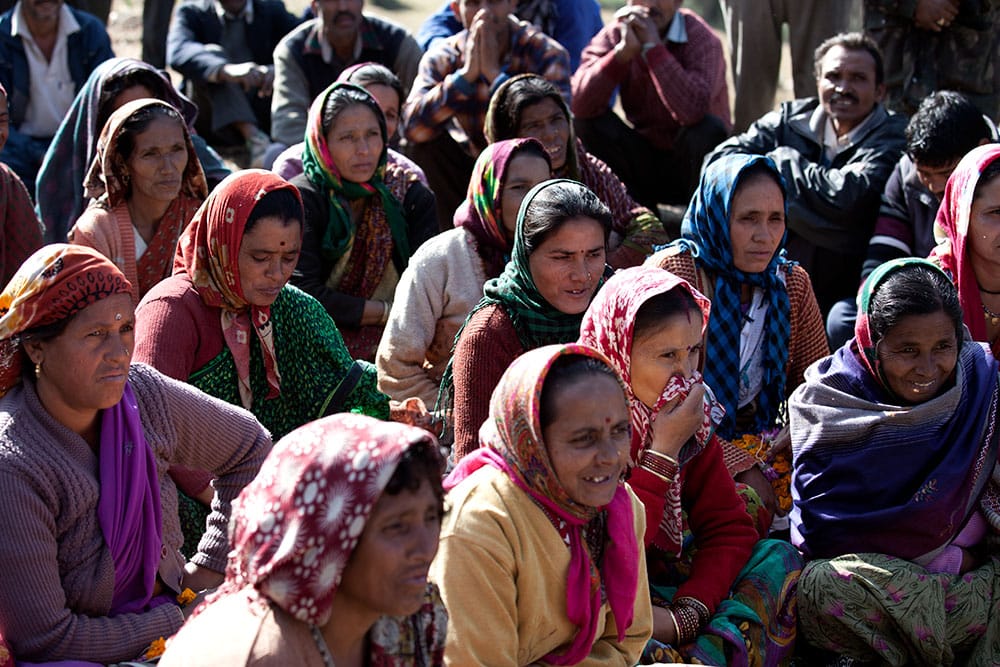 Uttarakhand nestling in the Himalayas has aptly been called the Land of Gods being one of the most important pilgrimage destinations.
In the summer of June 2013, unexpected cloudbursts lead to flash floods devastating the area. Huge land masses simply gave way, washed away by torrential rains.
The widespread destruction of homes infrastructure and livelihood was on an unprecedented scale. Over one lakh pilgrims were stranded in the midst of landslide hit regions without food, water or medical aid.
Moved by the plight of those rendered homeless, distressed and bereaved a team from Rishi Chaitanya Ashram immediately left for Uttarakhand to provide support and solace.

From the offset, it was the master’s vision that relief should reach to those most vulnerable areas, which may have been overlooked by relief efforts due to their sheer remoteness and inaccessibility.
For this reason, a team of volunteers painstakingly trekked the rugged and hazardous terrain of the disaster area for hours on end. Along the way, the team stopped to consult the local sarpanch (mayor) and patwari and were made aware of the local state of affairs. Slowly the shocking truth came to light that there were still some areas stranded without any aid at all; landslides and floods had rendered them totally inaccessible to the relief teams conducting relief operations. This filled the team with further determination to continue their pursuit to find the most stranded and vulnerable areas that were in dire need of human aid.
The villagers literally swarmed around the team sharing heart-rending stories of their devastation. The magnitude of the calamity was such that buildings that once housed these villagers had been reduced to piles of rubble and debris.

The benevolent master further extended her compassion and adopted the four most devasted villages as assessed by the Ashram team themselves.
Villages Devgram and Barginda in Urgam Valley and Villages Sonali and Tefna in Karna Prayag, were obliged to receive this gesture of support.
With the overwhelming love and support of people from all around the world, Rishi Chaitanya Trust pledged to reconstruct 35 new homes for villagers who had lost the roof from over their heads.
On the 21st of December, 2013 Rishi Chaitanya Ashram handed over 35 homes to the villagers so that they can usher in the New Year with restored hope in their hearts.
Your generous support has housed the villagers before the onset of the harsh Himalayan winter and restored their faith in the human spirit and their own futures!